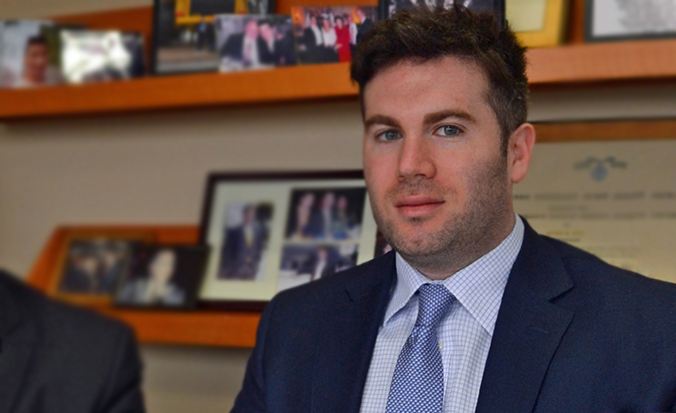 As evidenced by a year marked with impressive closed deals, Matthew Weiss is continuing a long tradition of hard work and success in his role as vice president at Moonachie-based Weiss Realty.

“Weiss Realty has a proven record of excellence within the commercial real estate industry. We are especially proud of our diligent work ethic and we are one-hundred percent committed to every transaction,” commented Matthew’s father, Jaime Weiss, president and founder of Weiss Realty. “Matthew has demonstrated a keen knowledge of the framework of a real estate transaction, and I am very proud of the success he has achieved.”

Over the course of the year, Matthew has brokered multiple significant transactions. In Fairfield, NJ, Matthew arranged a new office lease transaction at 165 Passaic Avenue. Matthew represented both the Law Office of Faloni & Associates and the landlord (BELUS, LLC) in the negotiations. The law firm signed a six-year lease for 5,700 square feet of office space in the 100,000 square foot office building.

In Cresskill, Matthew arranged a new long-term ground lease transaction with CVS at 80 Piermont Road, where a new 12,900 square foot CVS Pharmacy drive-thru was constructed. Matthew represented both First Hartford Corporation and the landlord in the negotiations.

In regards to his success, Matthew Weiss commented, “I love every aspect of my job – the industry, the people I work with, and the excitement inherent in every closed deal. My father, Jaime, who carries a stellar name within the industry, has been the consummate mentor. I look forward to my continued success at Weiss Realty.”

ABOUT WEISS REALTY
Weiss Realty, founded by Jaime M. Weiss in 1981 is headquartered in Moonachie, NJ with an affiliate office in Chicago. Weiss Realty’s current portfolio comprises over two million square feet of space. Just recently, Jaime Weiss was named the Greater Fort Lee Chamber of Commerce 2010 Person of the Year. Weiss Realty has a vast experience in developing and leasing retail, medical, and office space, and offers comprehensive real estate services in the areas of office, industrial, and retail leasing and sales, investments, development, consulting, and property management, and has been a member of the Real Estate Board of New York since 1974.