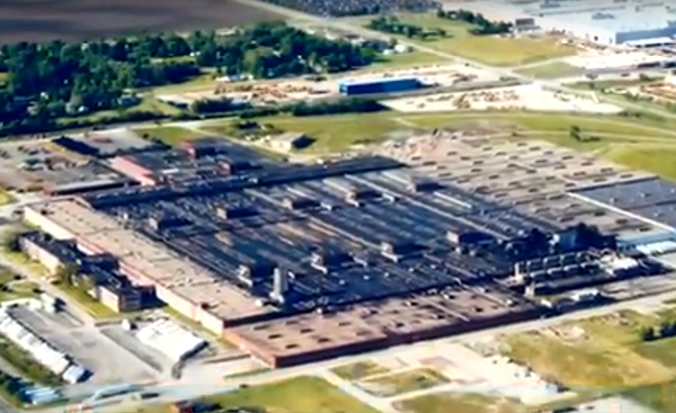 Keen Transport Inc. is the first taker for a section of land on the former Bridgestone/Firestone Inc. grounds.

The company will expand its operation on 27th Street to a six-acre, triangular piece of property on the northeast corner of the tire factory site - directly across the street from the large blue building Keen has been operating out of for about 15 years.

"We're so crowded, we step on each other now," said Larry Flo, Keen's regional manager. "We needed to expand, and it was a perfect fit for us."

Keen ships machinery that comes from nearby Caterpillar Inc. and will use the increased space to store its own trailers, Flo said. He would not disclose how much the company paid for its new space.

The sale of the property was finalized Monday, said Jaime Weiss, who has been marketing the entire site for months through his New Jersey-based Weiss Realty. He also is a principal in the real estate company that bought the Bridgestone/Firestone plant in February, Queen Anne Realty LLC.

Weiss said the sale to Keen is a big first step in selling all 2 million square feet of the factory property. Other businesses - of local and national stature - have expressed interest in parts of the remaining space, he said.

The Firestone plant closed in December 2001. Company officials said factory production ended because of overcapacity in the tire market. The Decatur plant was also singled out in the 2000 recall of 6.5 million tires for producing many of the defective tires involved in fatal rollover accidents.

Despite its industrial history, Weiss' scope in marketing the land reaches beyond factory use. Recreational and retail development opportunities haven't been cast aside.

Neither has an idea for a NASCAR-quality racetrack.

Although Weiss admits that the idea is somewhat unlikely to materialize, he spent the summer months working on a proposal for a 100,000-capacity "Decatur Motor Speedway" that could host stock car races and spur economic development in the form of hotels and restaurants.

So far, there hasn't been a commitment to the idea.

"NASCAR didn't show the interest that we thought it would show," Weiss said. "It was a great idea, but we didn't think it was going to work."

City Manager Steve Garman, who discussed this idea with Weiss, said a racetrack wasn't in his "universe of possibilities until it was brought up." The idea intrigued him, even if he wasn't sure that it would succeed if met with residents who would be within earshot of the races.

During the same time the racetrack stalled, Weiss said he has seen an increase in the number of companies interested in buying or leasing the land - an improvement he attributes to the stabilizing of the national economy.

The observation of a local upswing in the industrial real estate market was also noted by Craig Coil, president of the Economic Development Corporation of Decatur and Macon County.

Part of the increased interest can be attributed to the time of the year, he said, since companies usually look for space in the fall and winter in case they need to build new buildings in spring. But compared to last year at this time, there also have been more inquiries for property in the area.

"It's a positive signal. Typically, we see this kind of activity right before a full-fledged economic upturn," Coil said. "The activity level is greater than what we've seen in quite awhile."

Coil said that Keen's commitment shows that the company is comfortable with the stability of its business but isn't sure how it fits into the overall development of the Bridgestone/Firestone property.

"It's one component of what we hope will be many things to come," he said.

Weiss said a glut of industrial space is available in Illinois - in the central part of the state and near Chicago. He's hopeful that the location of the former Bridgestone/Firestone property - with its "excess of access" - will cause more companies to sign on the dotted line.

"The good news to us is that we have an enormous labor market, and No. 2, we have inexpensive real estate," he said. "I feel over time that those are tremendous assets."