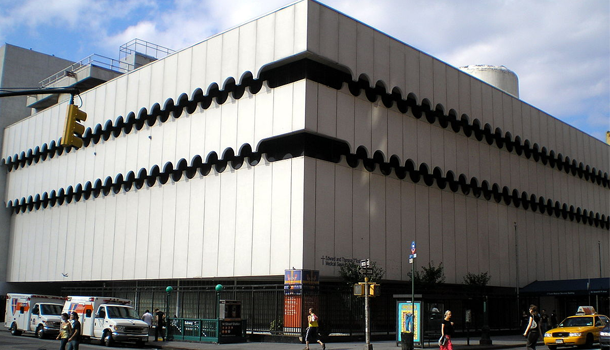 YES, THE MARKET HAS ITS BRIGHT SPOTS

Eager brokers may seize on any positive development as a harbinger of improvement. But market analysts continue to advise caution, pointing out that supply-and-deman cycles for both the rental and sales markets ordinarily take years to play out.

Still, if you were an optimist, you might take heart from the following items of New Jersey real estate news:

Sixty-five apartments at Grove Pointe situated atop a PATH station in Jersey City , were rented last week to St. Vincent’s Hospital Manhattan in Greenwich Village , to house residents and interns.

The $34 million deal is for a 15-year term, said Jonathan Kushner, a principal with SK Properties, the developer of the 458-unit building.

Grove Pointe and its neighbor, 50 Columbus, a 400-unit rental building that opened almost simultaneously last summer, have both been leasing up quickly, and with the new agreement with St. Vincent’s, Grove Pointe is now 90 percent leased after seven months, Mr. Kushner said.

St. Vincent ’s has been searching for new housing for its staff for nearly a year, since the seven-building campus of which it is part was bought by the Rudin Managament Company. Rudin proposes to build a new hospital and apartments on the Seventh Avenue site in the Village.

The hospital found itself unable to find enough apartments to lease in Manhattan during the transition, according to Jaime Weiss, president of Weiss Realty in Moonachie, which orchestrated the deal in Jersey City . So it began searching along the PATH train line.

Both of the big new rental buildings in Jersey City – which are priced about the same, with studio rents starting at $1,900 per month – had sought the St. Vincent’s contract, inviting hospital administrators and young doctors to tour their apartments and amenity areas, and get to know the Grove Street neighborhood, which is undergoing general revitalization.

In the end, said Mr. Weiss, the Grove Pointe building offered the best configuration of available apartments to suit the hospital’s needs.

“The hospital staff people seem to be thrilled,” Mr. Kushner said. “They love the fact that they will get to be the first residents in a brand-new luxury building so close to work.”

The lease deal is for mostly one-bedroom apartments, and a few two-bedrooms, according to Mr. Kushner.

There are two blocks of 10 apartments each, but the rest of the units are scattered throughout the building, he said.

During a President’s Day sale held about a week ago, the Red Bank-based builder K. Hovnanian Homes, which has reported losses in five consecutive quarterly reports, sold 100 houses in New Jersey .

A 3 percent discount was offered on a few homes in each of 35 developments currently on the market, said Doug Fenichel, a spokesman for the company – and some of those houses and condominiums were among the 100 sold.

“But discounted prices were an almost insignificant part of this promotion,” he added. “In fact, we’re at the point in this market where discounts per se are no longer a key part of what we offer.”

Last fall, the company held a nationwide “Deal of the Century” sale, which discounts of up to $40,000, and sold more than 400 homes in New Jersey , New York and Pennsylvania .

K. Hovnanian continues to use monthly sales promotions to “increase traffic and interest at a time when demand is building but people remain afraid to buy,” Mr. Fenichel said.

But the company’s emphasis has shifted to offering more value for the asking price – upgrading the standard quality of granite in countertops, making floor plans more open, installing “green” features like Energy Star appliances in all developments and even solar panels on the roofs of the houses in a new age-restricted community going up in Oceanport.

During the recent sale, contracts were signed for about 10 units at Villages at Middle Creek in Manalapan, a three-part complex with age-restricted condos, town house condos, and an “estate” section of larger single-family homes, said Stephanie Duncan, marketing director for K. Hovnanian.

Company executives said they would not provide precise numbers of sales for each development, because in some cases legal reviews and financing were still in process.

In Hackettstown, at a development of 101 single-family homes called Hunter’s Brook, about a half-dozen homes sold for prices starting in the $400,000s during the four days, the company reported.

Four of 51 houses and five of 17 town house condominiums are left to sell at the Woodlands at Upsala, a development that is nearing completion on the former Upsala College campus in East Orange .

“Despite the sluggish market,” asserted Ken Baris, president of Jordan Baris Inc. Realtors, the listing agent, “sales are on the fire at the Woodlands because it represents a rare opportunity to buy a new, modern home in stately, historic neighborhood for a surprisingly affordable price.”

The development runs adjacent to several blocks of Victorian-era mansions that have long anchored a community with mostly older and lower-cost housing.

According to East Orange ’s mayor, Robert Bowser, the sales pace at the Woodlands, where marketing began a year ago, indicates that the housing slump isn’t as pronounced in urban areas.

“The rapid sales and interest in this project also validate the appeal of East Orange , where we have many mass-transportation options to Manhattan and we’ve reduced crime by 76 percent over the last three years,” the mayor said